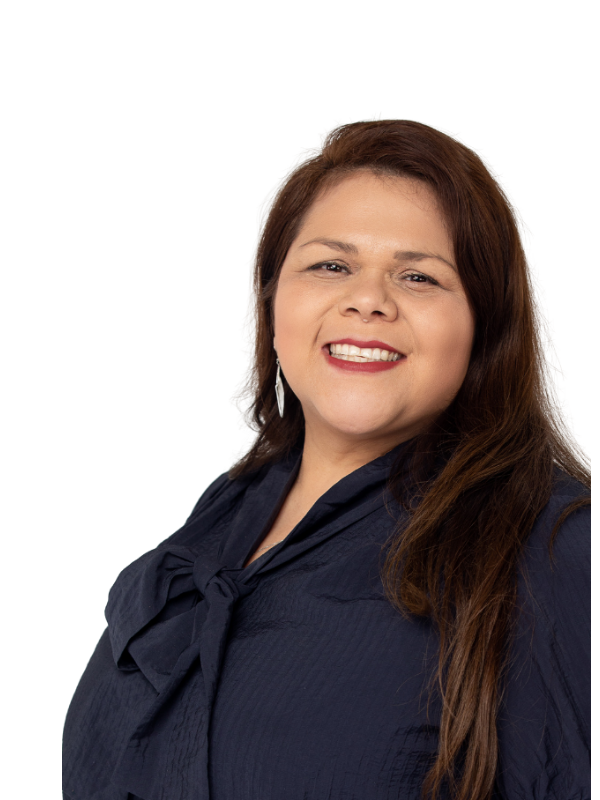 Margarita Rodriguez was hired with the Alisa Ann Ruch Burn Foundation as the Survivor Services Coordinator in 2008. She attended Cal State University Los Angeles, where she received a bachelor’s degree in social work. Margarita has worked with the homeless population, those affected by HIV/AIDS and children with developmental disabilities. She came to AARBF with 10 years of experience in the social services field.

At AARBF, she has worked her way up the career ladder, starting as Survivor Services Coordinator. In 2010, she accepted an additional role of Burn Prevention Coordinator in Southern California. In 2014, she was promoted to the Regional Manager and recently was named the Senior Regional Manager for Southern California. Margarita has been a key part of continuing AARBF’s invaluable programs, such as hospital support, day events, and holiday parties. She has also logistically supported larger camps like Champ Camp, the Retreat and the Getaway. In 2013, Margarita began leading The Getaway, an adult burn survivor burn camp, and has changed its programming to ensure burn survivors are receiving the therapy and support needed post-burn injury. Throughout her time with AARBF, Margarita has been able to partner with Firefighters Quest for Burn Survivors to help fund necessary transportation, hospital support, and rental assistance for burn survivors. She was also able to sustain a relationship with partner hospitals including UC Irvine, Torrance Memorial Medical Center, Orange County Global and LAC + USC Medical Center.

Margarita has also played a huge role in bringing the Firefighters in Safety Education (FISE) program to Southern California. With her commitment to FISE, she has been able to bring this program to the cities of El Monte, South El Monte, Anaheim and Temple City. She was able to coordinate the logistics for the Firefighter in Safety Education trainings for more than 70 firefighters. She worked closely with 20 schools within two school districts, reaching more than 6,000 students in 2016 and 2017 and fostering a new partnership with the Los Angeles County Fire Department.

Email: mrodriguez@aarbf.org
BECOME A VOLUNTEER
This website or its third-party tools process personal data. To find out more about how your information is used please read our Privacy Policy.
Reject AllAccept All
Manage consent